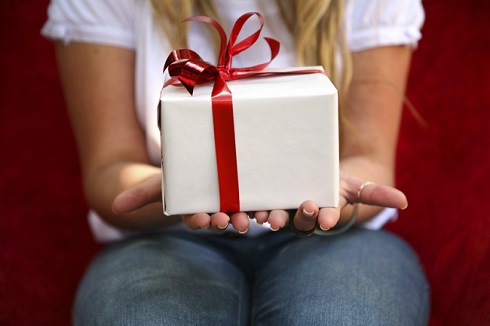 But if the gift of singleness is unwanted?

When I am given a gift it is usually returnable but the gift of singleness comes with no receipt so I’m unable to return it.  This gift is also a gift from God and He only gives us good gifts right? James 1:17, Luke 1:9-13.

So why do I struggle so much with this good gift God has given me? And does this unwanted gift mean I have to keep it?  I mean I don’t feel like I have Paul’s calling to remain single nor do I have anything like the ministry he had.

If you asked yourself if you were never to get married how would that make you feel?  Would that be ok with you?  How would you feel towards God?

Not all of us who have the gift of singleness right now will keep it, and we will someday marry, but not all of us will get married so how do we joyfully resign ourselves to that prospect?

It took me a long long time to come to terms with that question, it didn’t happen overnight but because I now have a closer relationship with the Lord and can hardly keep up with his work in my life it has not been so much of an active desire, I’m having fun and looking forward to what He has already shown me what He will do and marriage is not a part of that vision, not that I can see anyway.

But I am fully aware that a lot of us are not in that place of fully accepting our gift of singleness, I have been there and from time to time may go there again.

In scripture we are taught how Paul wished that all of us were as he was.

Now to the unmarried and the widows I say: It is good for them to stay unmarried, as I do.  But if they cannot control themselves, they should marry, for it is better to marry than to burn with passion.

Paul recognised the benefits of being single as well as being married and would not impose it on anyone, the important thing was it was a gift or status God has given us.

Paul at the time of writing was not married, but he probably had been married at one time in his life, this is because we know Paul was a devout Jew and that meant he observed the Jewish law and traditions Philippians 3:5-6.  In Paul’s day it was considered a man’s duty to marry, men reaching the age of 20 and unmarried would be considered unlawful and not considered as real men.

At that time there was no gift of singleness it was unheard of.  Paul was also likely a member of Sanhedrin in Acts 26:10 he says I cast my vote against them, meaning the Christians, who would cast votes in congress of the Jewish people.

A man who was not married would not be a member of the Sanhedrin, so Paul was probably married at some point. No one knows what happened to Paul’s wife, she was not mentioned in scripture, so she may have died or may even have divorced Paul because he became a Christian.

I don’t think the answer of if you are single you should remain single fits all. I don’t even think the answer to all singles would be to wait on the Lord.  You can be active in your waiting.  You would not necessarily give the same answer to wait on the Lord to a 21-30 year old who may not be ready for marriage to a 45 year old who may already have been in relationships, already have children, or may not have any children.

What God tells you maybe something different to what he tells me, sure both answers will match up to the word of God, but we are not all the same.  Will my shoe fit you? It can’t some of us are one size some are another.

I have a different gift and a different calling to you, we may both sing but my voice is different from yours, I look different, I walk different, how I feel is different to you.  So someone may desire to be married but another person may not, none of them would be wrong or against God or his word.

God told Jerimiah not to get married nor have children, Jer 16: 1-2 but he hold Hosea to go marry a prostitute, Hosea 1:2.

He gave Abraham the idea to send his servant to find a wife for Isaac, Genesis 24.  He told Joseph to marry Mary who was already with child, Matt 1:18-24.

Our paths and are lives are different, we may have the grace to be single right now but not all have the gift which is a calling.